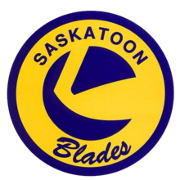 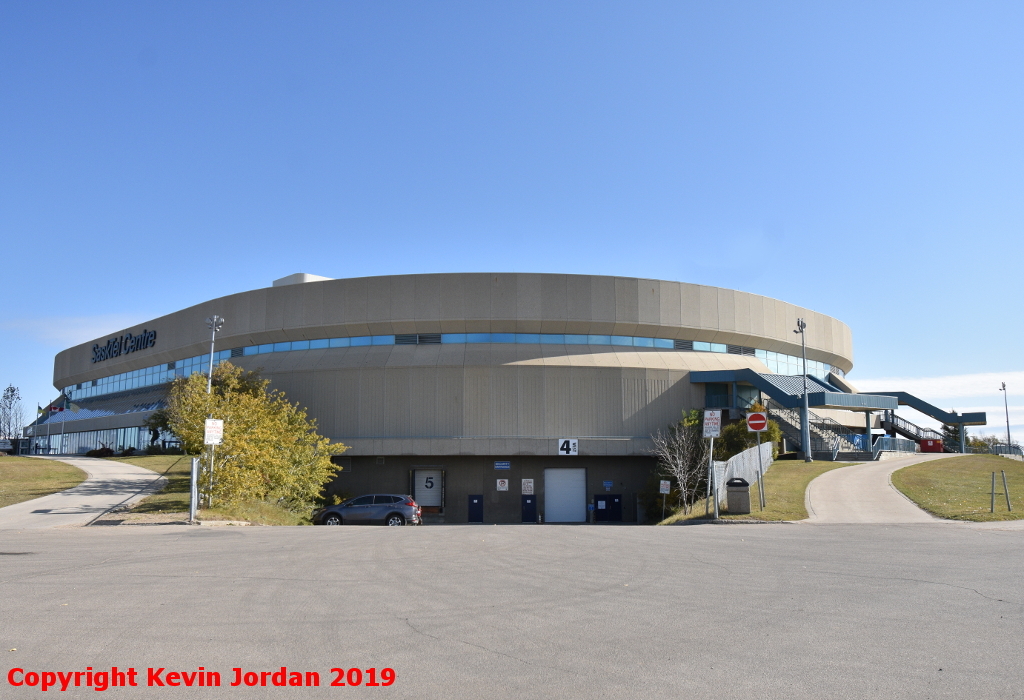 If Sasktel Centre has a spiritual twin in Canada, it's Copps Coliseum in Hamilton. Both arenas were built in the 1980's by hopelessly optimistic city councils in hopes of landing an NHL team, and both are far too large for the market in which they serve, failing to sell out all but the rarest big events. But SaskPlace, as it was known when it opened, is the white elephant that makes Copps Coliseum look like a regular elephant.

Opening in 1988, SaskPlace was built in what was then a farm field beside the highway and adjacent to Saskatoon's airport. The debate about whether to build the new arena downtown or in the suburbs raged in the mid 1980's in town before a decision was finally made, and to this day, the area around the building is fairly undeveloped, though big-box stores are slowly encroaching on the arena's space. When arriving from the north, as I did for my first and only visit there, the arena is the very first thing you see as farm fields transition to the city.

The arena sits surrounded by parking lots, with ample parking for even 15,000-strong crowds. It's a squat, oval building clad in beige, with a large marquee sign and a glass lobby facing the main entrance. It's reminiscent of Nassau Coliseum before its renovations, or the old Spectrum in Philadelphia.

The arena isn't open to gawkers, but a bored team employee was only too happy to give us a quick tour, for which I'm eternally grateful. The arena's similarities to the above-mentioned arenas continues on the inside, with only one narrow concourse, located halfway up the seating and breaking up the lower and upper bowls. For Blades games, the upper level is curtained-off, but for big events it can be expanded all the way up to 15,100 seats (for what it's worth, the Blades have never once sold out the building apart from when the Memorial Cup has been in town). The upper bowl still only extends in a U-shape, which means that the building could theoretically be expanded to NHL-size should demand (lol) warrant. The seats are all Blades blue, which I'm always a huge fan of.

We walked through the arena on a morning where we were en route to a Pats-Warriors game in Moose Jaw, but the Blades were also home that day, and in the end I kind of wish I'd seen the Blades instead. Someday when the pandemic is over I'll make my way to Saskatoon to see the arena... well, not full, but at least with people in it. 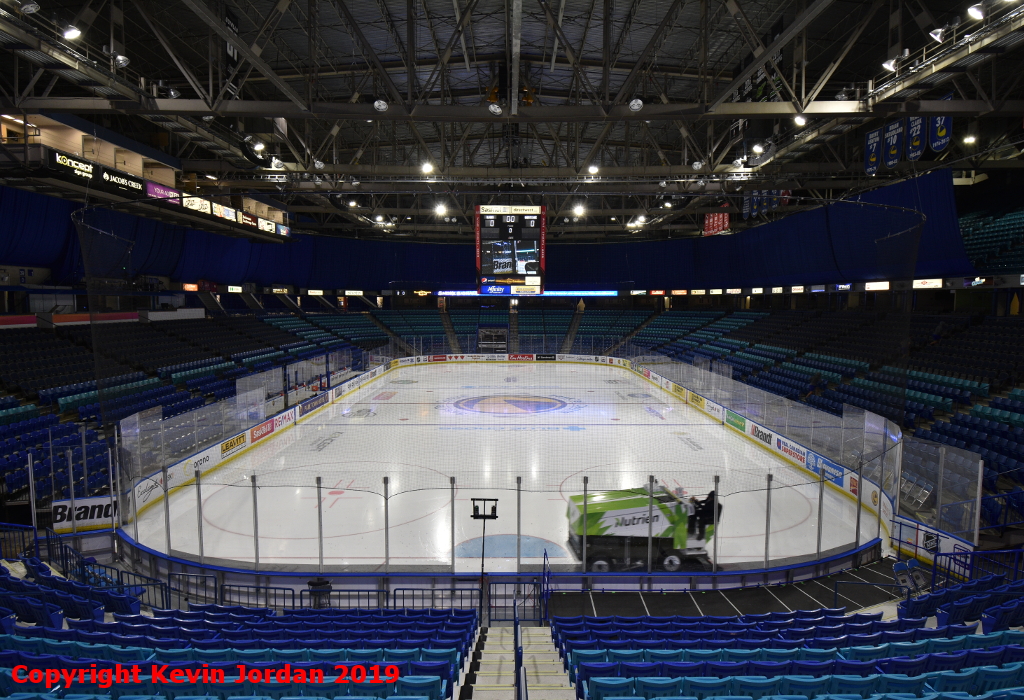 Future Developments
There are no plans to renovate or replace Sasktel Centre.


Franchise History
The Saskatoon Blades got their start in the SJHL in 1964, as a junior team owned by the Senior A Saskatoon Quakers, who were the big name in town at the time. The Blades were a founding member of the WHL in 1966, and have played in the league without interruption ever since. They played downtown at Saskatoon Arena until the end of the 1987-88 season.

The Blades also have a #37 banner hanging for the Brodsky family, who owned the team for 37 years, though it is unknown if that number is actually retired from use by the team.