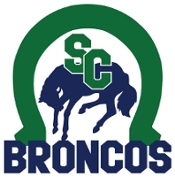 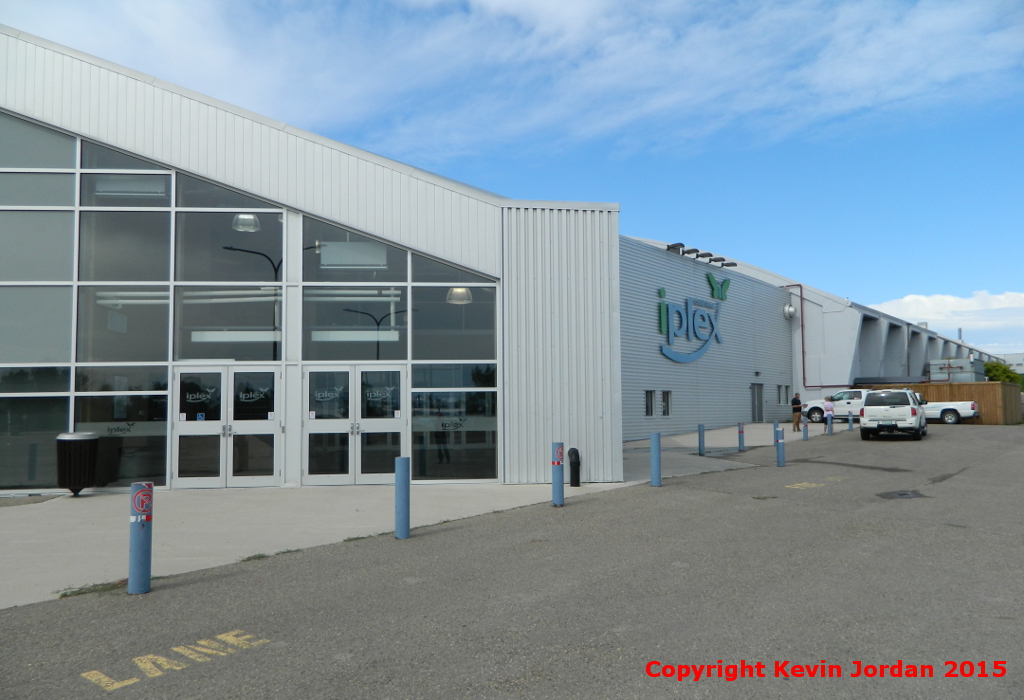 The Western Hockey League is unique among Canada's three major junior leagues in that it has its roots as an outlaw league. In 1966, seven teams that had previously been members of the Alberta and Saskatchewan Junior Hockey Leagues broke away in an attempt to compete on a higher level with the Ontario and Quebec Leagues. For the first four WHL seasons, those teams were not eligible to contest the Memorial Cup, and league membership was determined less by what made business sense than by what teams were willing to defect. While teams like Weyburn and Estevan eventually moved back into their provincial junior leagues, the Swift Current Broncos have toughed it out and are still competitive. In spite of a dozen-year intermission spent playing in Lethbridge, the Broncos today are the same team that broke from the SJHL in 1967, and Swift Current, with its 16,000 population and very little surrounding catchment area, still hangs on and thrives as a WHL member city while towns multiple times the size have failed.

The former Centennial Civic Centre, as its name implies, was completed in 1967 as a celebration project for the Canadian Centennial. It sits on farmland on the outskirts of town, and it is possible, as I can personally attest, to attend a game in Swift Current without ever having seen the city itself. The rink has the profile of a small-town barrel-roofed arena, with whitewashed parging and very little ornamentation. There is a new lobby, completed in 2007, that juts out at acute angles, and the setup reminded me most of the Jack Gatecliff Arena setup in St. Catharines, Ontario.

The lobby opens into the old arena, which to my eye hasn't changed in noticeable ways since the 1960's. There is a large open area in one end with a low ceiling, hosting the small team store and concessions. While I don't generally eat arena food when I can help it, I had a hot dog in Swift Current and rate it as one of the better arena hot dogs I've ever eaten, both in terms of quality and availability of toppings. The arena bowl opens from the end of the concession area. Seats are arranged in a U-shape, or perhaps, given the team mascot, in the shape of a horseshoe. All seats are blue, new moulded plastic and comfortable. At the bottom of the U there is a new addition that lengthened the building, with extra restrooms and concessions as well as an expanded Zamboni garage. At the top of the U, above the concessions, are several private suites. The concourse is along the top of the seating area. Given the size of the city, it wouldn't entirely shock me if the arena never needed to be expanded, but if they did have to do so, there's more than enough land and space to make the seating bowl into a full oval.

The roof is wooden slats on steel trusses, and annoyingly, the roofline of the addition doesn't line up with the barrel roof of the original building. The ceiling is low enough to give the rink a really intimate feeling, and in terms of "feel", Swift Current is as intimate as any building currently in the CHL. Team banners hang from the ceiling, which are clearly all originals, as many of them are exceedingly worn out. While I have no issue with original things, if I were in charge of the Broncos I'd likely have the banners remade to freshen them up and put the originals in a museum. All views of the ice are spectacular with the exception of down low in the corners at the top of the U, where the boards curve away from the seats and leave a gap of fifteen feet in places between the front row of seating and the ice surface. Peripherals are fine - the video board is good without being noteworthy, and music volume is appropriate.

I had been looking forward to a game in Swift Current a huge amount, and getting to see the barns in Swift and PA was a big part of the appeal of my first WHL trip. After the game, I left somewhat with a shrug. I've heard stories from across the WHL that the iPlex is one of the league's loudest on a regular basis, but we didn't see a lot of evidence of that. We saw a boring, defense-minded game between Brent Sutter's trap-happy Red Deer Rebels and a Broncos squad that was still recovering from their 2018 Memorial Cup run, and the atmosphere wasn't particularly noteworthy. I have no doubt that the iPlex can rock with the best of them when it's full, particularly given its low ceiling, but we just happened to have seen a bad game. That's not Swift Current's fault, but it does mean that someday I'd like to return.

My overwhelming impression leaving Swift Current was that the team's name, logo and city really couldn't have been better connected. Swift Current sits right at the foot of the foothills, the point at which the prairies start to transition to the far west. It's on the border between farm country and ranch country, and while the rinkboard ads for farm equipment, seeds, and agricultural solutions (whatever those are) combined with the country music over the PA to put a visitor in a small town, country state of mind, the crowd was also dotted with manly-looking men wearing cowboy hats and boots and unironic bushy moustaches. Cowboys tame broncos, just like on the logo, and the Broncos as a team belong to cowboy country just as much as the do to farm country.

If you were designing a 22-team WHL from scratch today, there's no way a city like Swift Current would have a team - you'd give them a SJHL team, and they'd compete with Weyburn and Nipawin instead of Portland and Vancouver. But Saskatchewan is still the heartland of the Western Hockey League, and I couldn't be happier that the Broncos are still there, not just hanging on, but thriving and winning titles. Swift Current is hockey's grassroots, and like the roots of the wheat growing around the city, the Broncos' roots lie deep in the WHL's prairie heartland. 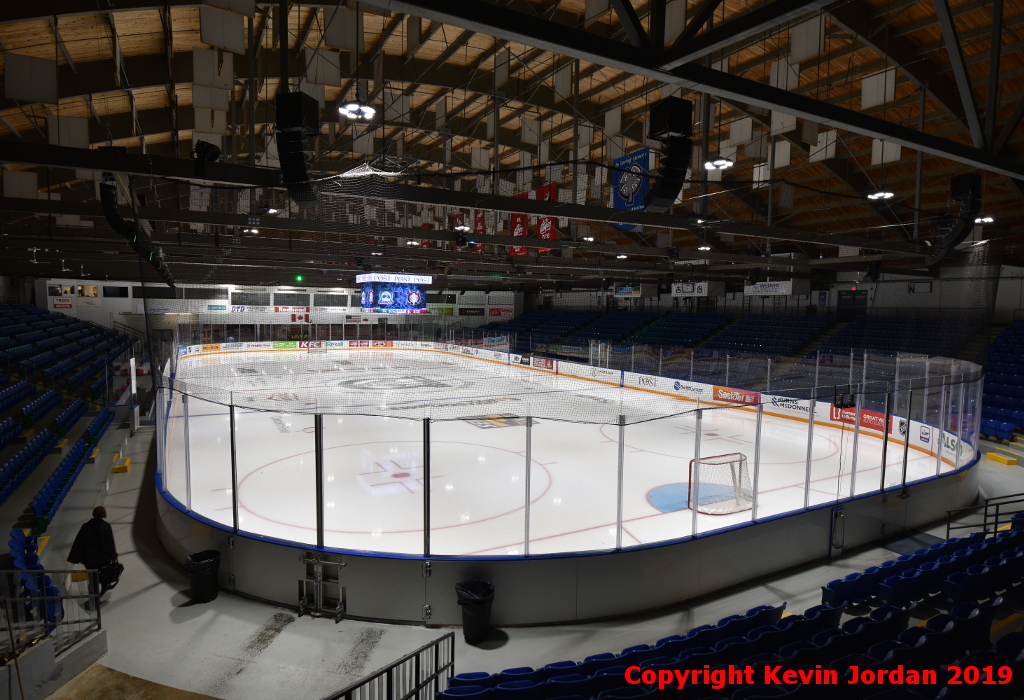 Future Developments
There are no plans to renovate or replace the Innovation Credit Union iPlex.


Franchise History
The Broncos were founded in 1967, the same year as their arena opened, and played there until 1974. In 1974 the team moved to the then-new Canada Games Sportsplex in Lethbridge, becoming the Lethbridge Broncos; meanwhile, an SJHL team also called the Broncos was created as a replacement. While the WHL Broncos drew well in Lethbridge, Swift Current never forgot about their major junior team, and in 1986 the team was sold to local investors who moved them back to Swift Current, taking up residence again in the Civic Centre like nothing had changed. Lethbridge, meanwhile, only had to endure one season without WHL hockey before luring the Calgary Wranglers to town, where they became the Hurricanes.

The Broncos' four retired numbers are for those four young men killed in the team bus crash in December 1986 on the Trans-Canada Highway. If you're making the trip to Swift Current, there is now a permanent memorial on the site, located on the south side of the TCH just east of the rail overpass east of town, less than a five-minute drive from the arena. The memorial is black granite in the shape of a four-leaf clover and easily visible from the road.