The Regina Patricias were founded by veterans of Princess Patricia's Canadian Light Infantry and are the oldest junior hockey team in the world. Everything about their existence screams class, from the old-style wordmark logo to the blue, white and red uniforms to the Memorial Cup banners hanging in their arena that are older than every other team in the CHL. And they play at a building that was once (and still commonly is referred to as) the Agridome, a wonderfully evocative name, of the prairies, of farms, of the city of Regina. As a young man, I always pictured the Agridome as an old building, home to the classy historic team within.

What the Agridome actually is, though, is a bright orange traffic cone. The building is located on the grounds of the Regina Exhibition Grounds and it's a squat orange lump of metal sitting on top of a building material that I'm told is called "embedded aggregate". Most of the Agridome sits underground, with the main entrance at ground level opening into a mid-level concourse. And I know the seventies were a different time, but I simply cannot imagine anyone at the paint store looking at swatches and deciding on construction sign orange as the perfect colour for their arena. The arena is only one part of a larger facility on the fairgrounds that includes exhibition halls, and just across the parking lot from the Agridome sits the new football stadium that's home of the CFL's Roughriders.

Getting it out of the way once - the Agridome is now called the Brandt Centre for sponsorship reasons, but to hell with that. The Agridome is the best name in hockey and we're keeping it going here on WHL Arena Guide dot com. The main entrance and lobby is small, with a suspended acoustic tile ceiling that looks like it's seen better days, and then you're straight into the arena itself. The concourse is somewhat confusingly laid out, which is not a complaint - I love nooks and crannies. The concourse comes out behind one of the nets, where you're underneath the seating level, but then along the sides the concourse changes into a midway one, halfway between the upper and lower levels of the arena. In the far end, it's open to the action, with a plaza and slight offshoot where the team store lives. Then, behind the concourse on the one side, is another hallway with a bunch of team history located in it on display, which would be very easy to miss if you didn't know to look for it.

The oddball nature of the concourse, I'm told, is owing to a 2010 expansion that filled in the one end of the upper level with seating. When it opened, the Agridome had the same design as Red Deer, with a lower bowl and two upper grandstands on either side of the ice, but now the upper level is U-shaped. Moreover, the sides have separation between upper and lower bowls, whereas the the end has one fluid sweep from boards to rafters. The seats are all blue and comfortable. There's a gondola-style press box on one side and a gondola row of suites on the other, and then a secondary row of suites at the top of the upper level grandstand, which makes it, weirdly, that one row of suites kind of blocks off the view from the other. Many of the back rows of upper level seats are semi-obstructed view, thanks to the gondolas - you can see the ice fine but not the scoreboard or the far side of the rink.

My favourite part of the bowl was the Pats' banners - they all hang in the far end, huge, simple, classy banners with dates on them older than anyone currently attending games at the Agridome. I think every CHL team should honour not just that team's history with junior hockey but also the city's, and few do, but the Pats do it really well.

The game presentation is fine in Regina, with a professional video package and appropriate music volume and selection. There's little to praise nor complain about - it works and isn't particularly memorable.

Pedigree matters. Historic teams like the Pats, Quebec Remparts or Oshawa Generals are part of the fabric of junior hockey history and culture in a way that, say, the Victoria Royals or Flint Firebirds likely never will be. That is not intended as criticism of the latter clubs, only that the weight of tradition is something that cannot be faked. Attending a Pats game makes you part of an ongoing conversation with the past that dates back over a century, and that is the only CHL club about which that can be said. The Pats are older than all but the Montreal Canadiens in North American hockey, and while the road flare of an arena in which they play doesn't exactly scream tradition in the same way as the Montreal Forum once did, the Agridome is still a wonderful, appropriate home for the team. If you love junior hockey, see a Pats game someday. 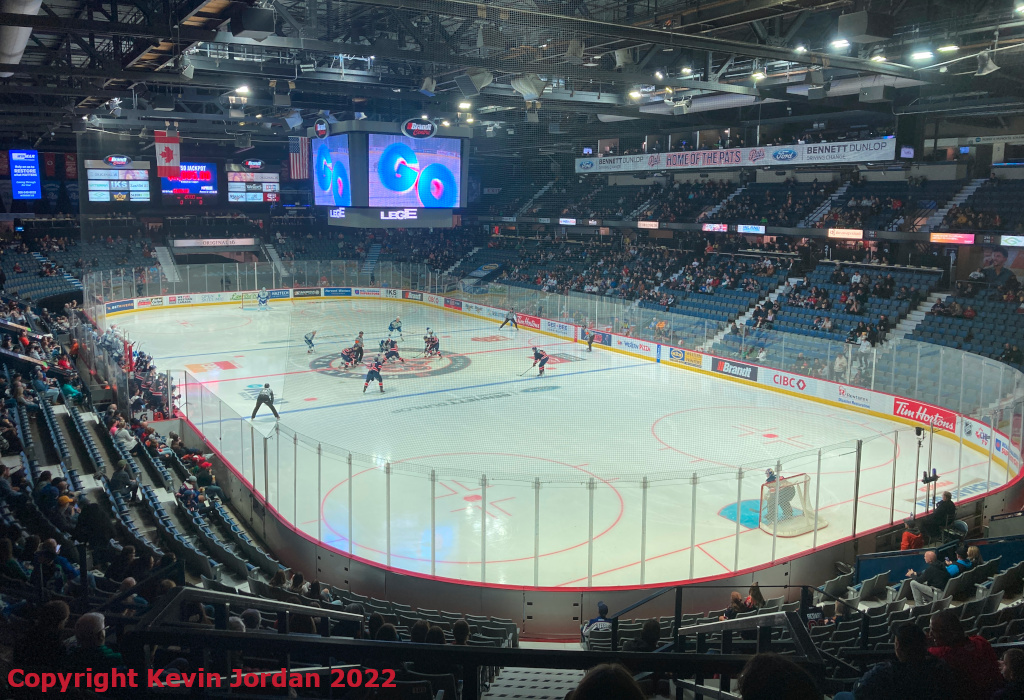 Future Developments
The City of Regina has been discussing replacing the Agridome with a new, 10,000 seat arena a few blocks east of the current rink for some time now. The city is still in discussions and the project has not yet been approved.


Franchise History
The Regina Pats are Canada's oldest junior hockey team, dating all the way back to 1917 and founded by veterans of Princess Patricia's Canadian Light Infantry. From their founding they played in the SJHL, moving to the WHL for 1966-68 and again from 1970 to present. They played at Exhibition Stadium from their first season up to 1977.