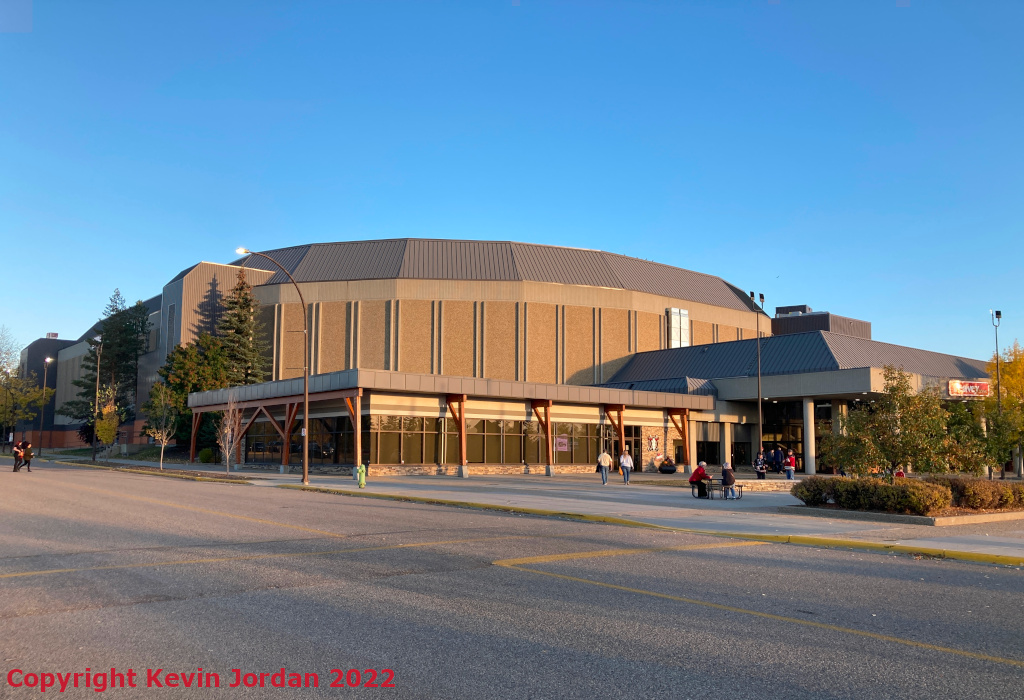 I'd categorize spectator hockey arenas as having four distinct architectural phases over the period of time they've been built in Canada and the United States. The first era, beginning with the first artificial refrigeration, lasted until roughly the 1950's, and was categorized by the classic hallmarks of arena design we all know well - barrel or arch rooves, steep wooden seating, very little artifice or sacrifices for comfort, and usually privately funded when built prior to the Second World War. The second, beginning in the 1960's, is characterized by buildings known as "Coliseum". Technological advances allowed for the removal of roof support columns; modern design techniques began being used, but the buildings themselves were still bare-bones, usually built on a budget for a local government.

The third era was inaugurated by the Palace of Auburn Hills in Detroit in 1988, and the defining characteristic of said arenas is private suites - the late 80's and onward was the era of teams figuring out how to more fully monetize the experience of going to games and extract maximum profits from them. And the final era, one that's just getting underway, is the arena as a social gathering space, with ample concourse room for hanging out and just "being" at the game rather than sitting and actively watching it. This fourth era hasn't yet made it down to the junior level, but new NHL arenas in Detroit, Edmonton and New Jersey are enormous, designed for the age of social media and short attention spans, where actively paying attention to the event in front of you isn't the only thing to do at the game.

This long-winded introduction brings us to the Red Deer Centrium. Opening in 1991, it is by my calculation the newest old arena in the CHL, or to rephrase, it was the last Coliseum built before Kamloops kicked off the clone rink trend just a year later. The Centrium's architecture is a throwback to the 1970's inside and out. It's owned and operated by Westerner Park rather than a private facility management company. Private suites are an afterthought, with the game taking centre stage. And for my money, it's among the very best at what it does - despite the fact it was outdated within a year of opening, it's still a wonderful place to watch a game.

I've often complained about checking out the Centrium in 2018, when Westerner Park tried to charge me a $6 parking fee just to go in and take pictures of the arena, but somehow at the Rebels game I went to in 2022, parking was free. Unexpected, but I'm not complaining! The arena sits in the south end of the city on the Westerner Park fairgrounds, a short distance from the highway. It's on the fringe between a residential neighbourhood on one side and a big box development on the other. The building's design is very 1970's, with a blank stucco facade and small entrance with team offices on the one side of the building.

Inside, there's a lobby leading directly into the concourse behind one of the nets. There's only one concourse at the Centrium, but it's quite wide, and I don't imagine it would be too difficult to navigate even when full. Access to the upper levels is by stairways evenly spaced throughout the lower concourse. There's a small team store behind one the net at the lobby entrance.

The arena opens up to you as soon as you enter the concourse. The place feels big, and it is, but it feels bigger than it is, if that makes sense. There's a standard lower-level seating bowl and then upper decks on each side of the arena. I'm told both the arenas in Regina and Lethbridge used to be similar, both of which opened in the 1970's, though both of those rinks have closed in one end of their arenas to make the upper bowl U-shaped. In Red Deer, it's still the two football grandstands down each side. In the entry end of the Centrium there are private suites, stacked on top of each other to the ceiling, blending into the seating bowl, while the other end is open, used only for advertising and a couple of dark forest green curtains covering up the bare outer walls of the building. It's a shame - I'd have liked to have seen team banners, etc. hanging in that end rather than ads. As it is, the Rebels' banners hang over one goal, while the other has banners placed by Westerner Park, congratulating themselves for hosting events like the World Juniors, Skate Canada, Curling, etc.

When I first saw the Centrium back in 2018, all the seats inside were a minty green colour, but they have since been replaced by Rebels black. The black seats look terrific - I like a dark arena - but the arena's rafters are still peevishly minty. I can't imagine anyone making the cause to spend public money painting the rafters solely for aesthetic reasons, but it looks so out of place that even my wife asked why the ceiling was mint green.

Once the game gets underway, the Rebels do everything right. The scoreboard is a modern HD video board that's used to good effect, the PA announcer does his job well without being obnoxious, volume levels are appropriate. It's so much easier to complain when things are done poorly than to congratulate a team for doing things the way they should, but hey, Rebels: you run the game the way it should be run. Well done.

The greatest pleasure of going to see sport in so many different places for me is seeing how context changes the experience of watching the same game. Seeing a game in ancient, ramshackle Windsor Arena or the Halifax Forum is so completely different from seeing one in the lap of luxury in Detroit, even when the hockey is the same. The oldest Coliseums are now well past fifty years, many of them have been replaced and demolished, and someday there'll be a few sole survivors just as we now revere the few remaining pre-war arenas. The Red Deer Centrium was outdated almost from the moment it opened, but it's not only the last of its era but also among the very best. I hope it never changes or closes. 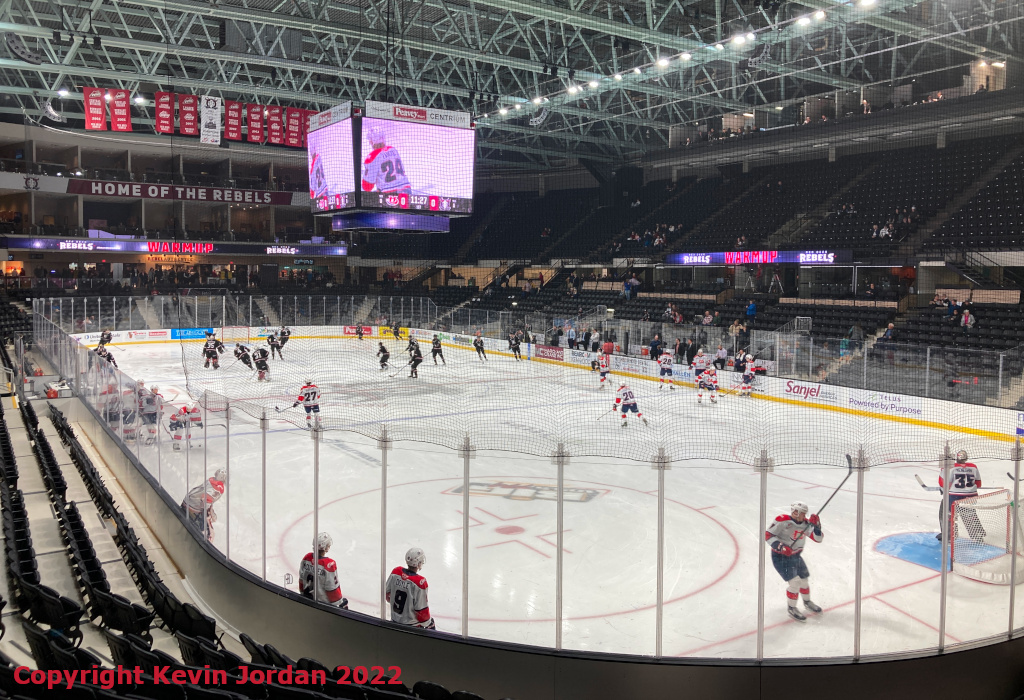 Future Developments
The original seats at the Centrium were replaced during the 2021 off-season.


Franchise History
The Red Deer Rebels were founded in 1992 as an expansion team and have played at the Centrium since day 1. If you're interested, the "Centrium" name is a portmanteau where the "Cen" refers to Central Alberta, the "Tri" refers to all three levels of government contributing to its construction, and the "Ium" is as in "Coliseum". /wanking motion