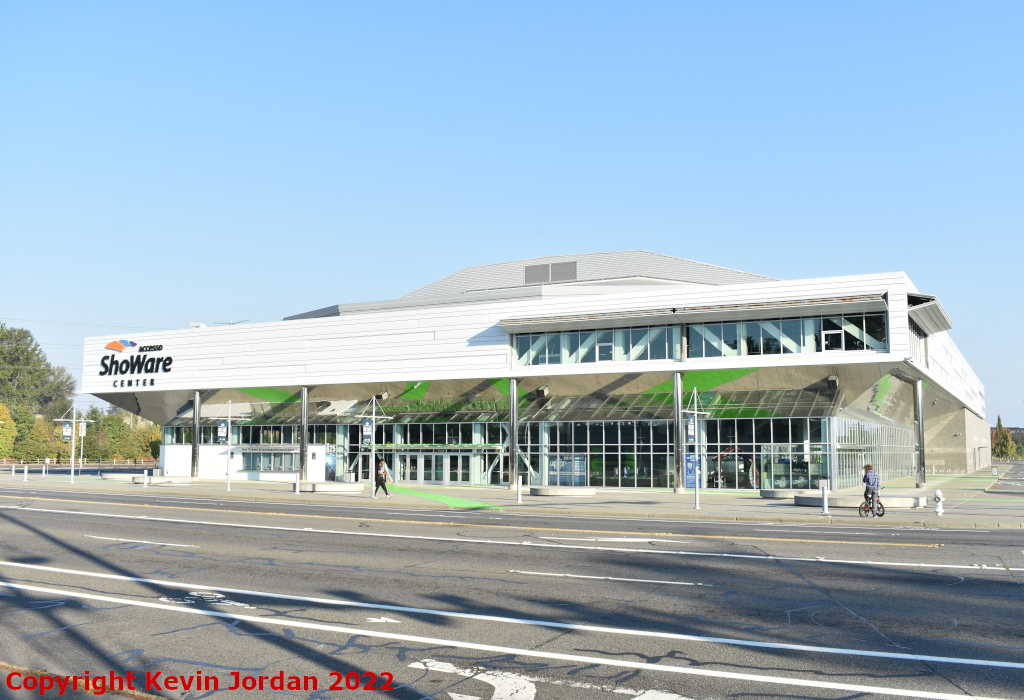 The Seattle Thunderbirds have existed in the Emerald City under one name or another since 1977, but it wasn’t until the 2009 opening of the accesso ShoWare Center that the team finally had a home to truly call their own.

The original franchise, playing under the name Breakers, once played at Mercer Arena in Seattle Center, an ancient rink built in 1927 that was one of the last anywhere in the world that still had chicken wire above the boards instead of plexiglass. After Mercer closed, they moved into the Seattle Center Coliseum, originally opened in 1962 and now on its third reconstruction as Climate Pledge Arena, the home of the NHL’s Kraken. But junior teams rarely work in NHL-sized arenas, and it is testament to the Thunderbirds’ survival instincts that the team managed to carve out their own identity and thrive after years of inadequate arenas and bad hockey teams.

The accesso ShoWare Center, complete with odd capitalization, opened in 2009 in suburban Kent, Washington, located about halfway between downtown Seattle and Tacoma. At the time, knowing little of the team or city’s geography, I didn’t really understand why they’d want to move out to the middle of nowhere, but it does make a certain amount of sense. Everett had by that point made a claim on the northern suburbs, and even in light traffic it’s a good 45 minutes by car to travel between arenas, so staking a claim on the south made sense, and these days both teams are thriving.

Anyway! The ShoWare Center sits beside the freeway in Kent and has the arched roofline typical of a hockey arena. The design is such that from up close, you can’t actually see the arch owing to a protruding overhang, and one needs to put distance between oneself and the building to actually discern its true shape. The rink has a small amount of on-site parking, but the majority of patrons park at a park-and-ride lot across James St., which was thankfully free.

The arena is built on ground level, and you enter the concourse behind one of the nets. The concourse is wide and glass-walled, which is a nice touch to bring outdoor light inside. Oddly, it’s only U-shaped, and it’s not possible to walk all the way around the arena. To access the seats in the far end, the only way is a supplemental concourse down by the glass, which only exists in the far end and really isn’t wide enough. It’s a very strange setup. Alternatively, there is a small concourse above the seats in the far end where the NHL scouts appear to sit, and while it has elevator access, the only other way up there is up through the seats.

The ShoWare Center is a big rink. It holds 7,000, only a thousand or so smaller than Everett, and the seats are only on that one level. Access to the bowl for everyone in the U is up a flight of stairs through each portal. On first visit, ShoWare Center reminded me quite a bit of Victoria’s arena – same layout, similar capacity, same restaurant in the one end above the seating. But Seattle’s new video board – on its maiden voyage the home opener I attended – is world-class, and the atmosphere in Seattle is far better. The fans in Seattle are loud and knowledgeable.

There were a few quirks in Seattle that I’m happy to share with everyone. Like in Moose Jaw, and unlike everywhere else I’ve ever been for a hockey game, the music doesn’t stop when the play starts, but the DJ lets it continue playing for several seconds after puck drop. I wanted to throttle him by the end of the game – I mean, come on. The fans were encouraged to sing along with both national anthems, and, incredibly, they did, to both! I’ve never heard an American crowd sing O Canada before, but it warmed my heart a little even when I’d rather they not play the anthems at all before league matches.

Seattle’s mascot is an anthropomorphic… toucan? I think? and they gave him the name of ‘Cool Bird’. If you must have a mascot, naming him something as stupid as ‘Cool Bird’ is ace. I loved Cool Bird. Finally, the team still uses Rock & Roll Part II as their goal song. A website about arenas is not wading into the culture wars, but I think most of us can admit that if anyone deserves to be cancelled, a multiple times convicted child sex offender deserves to be. I’d rather not hear Gary Glitter’s music ever again, and I’m not a fan of the Thunderbirds continuing to play it long after most teams have quietly given it up.

Overall, though, I really enjoyed seeing the Thunderbirds play in Kent. The team finally has a permanent home and a fanbase that seems mostly concentrated in the southern suburbs, and Seattle, making no mistake about it, is and always has been a great hockey town. 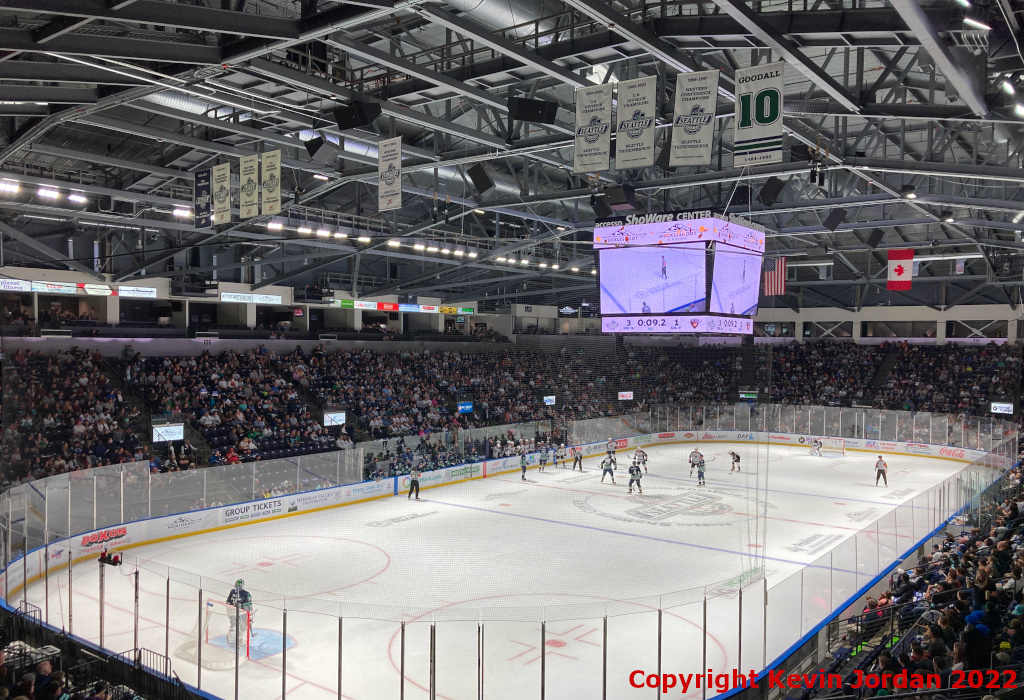 Future Developments
There are no plans to renovate or replace Accesso Showare Center.


Franchise History
Seattle's WHL team was founded in 1977 as the Seattle Breakers, playing out of Mercer Arena in downtown Seattle. The team was renamed the Thunderbirds in 1985, and moved down the street to Key Arena in 1989, then to Kent in 2009.