The Shell of ManEx Arena 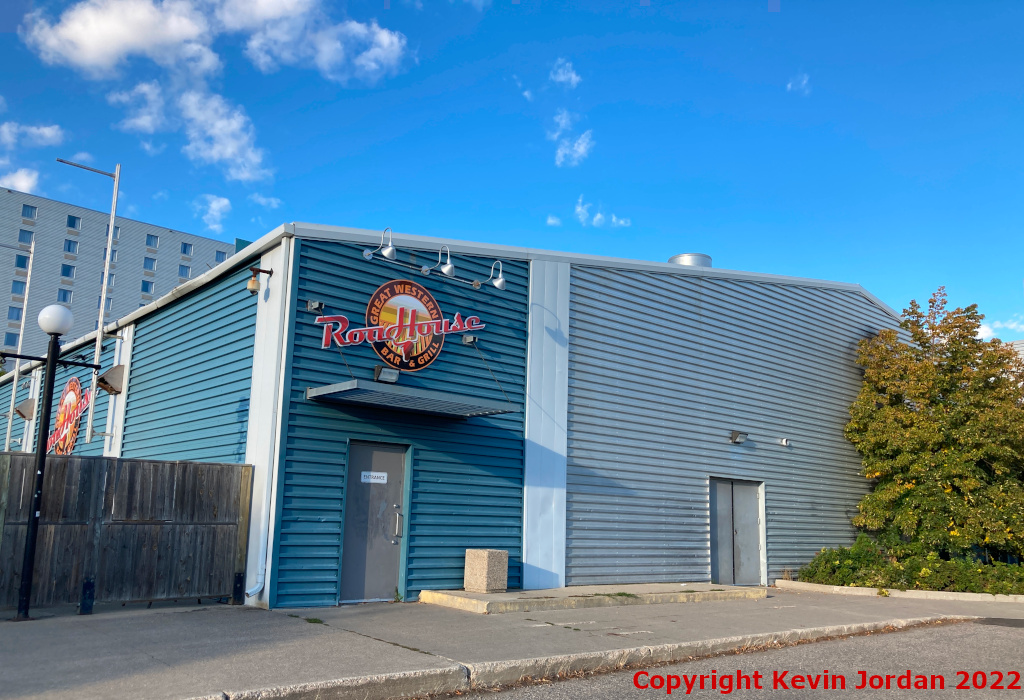 What's the Arena Like?
The Brandon Wheat Kings opened their first season in the rebel league at Wheat City Arena in Brandon, the same place they'd previously played as an MJHL team, and played there until that rink’s 1970 demolition. The Keystone Centre, the team’s new home on the Manitoba Exhibition Grounds, broke ground that same year, but didn’t open until 1973, which means that for the 1970-71 through the 1972-73 seasons, the Wheat Kings needed to play somewhere else. Brandon is a small city not exactly overflowing with spectator arenas, so for those three seasons, they played at the only other arena in the city with seating: the Manitoba Exhibition, or ManEx Arena.

ManEx Arena is gone now too, and with it having been a community arena, there’s very little information to be found on the internet about its history, construction, or eventual demolition. From the one photo of it that I’ve found, it appears that seating only existed on one side of the ice; bench seating from goal line to goal line, in an arena that looks fairly modern and non-descript. Based upon its appearance I suspect it was new or nearly new when the Wheat Kings played there. In 1973, the Keystone Centre opened within walking distance of ManEx Arena, and the Wheat Kings left it behind forever.

In 1992 the Manitoba Exhibition built two more ice pads on site, bringing the total to four, with the opening of the Optimist and Kinsmen rinks. Of the four, ManEx was the oldest, and in 2004 the decision was made to close it. The interior of the building was gutted, but the exterior structure was retrofitted and still stands today. When entering Keystone Centre from the northwest entrance, the doors immediately to your left open into the former ManEx Arena, and there is a long hallway on the inside leading to the hotel that clearly has the same arena-style support beams as in the one photo I've found of ManEx as a hockey rink. The rest of the structure is now occupied by the Great Western Roadhouse restaurant and the hotel's bar. 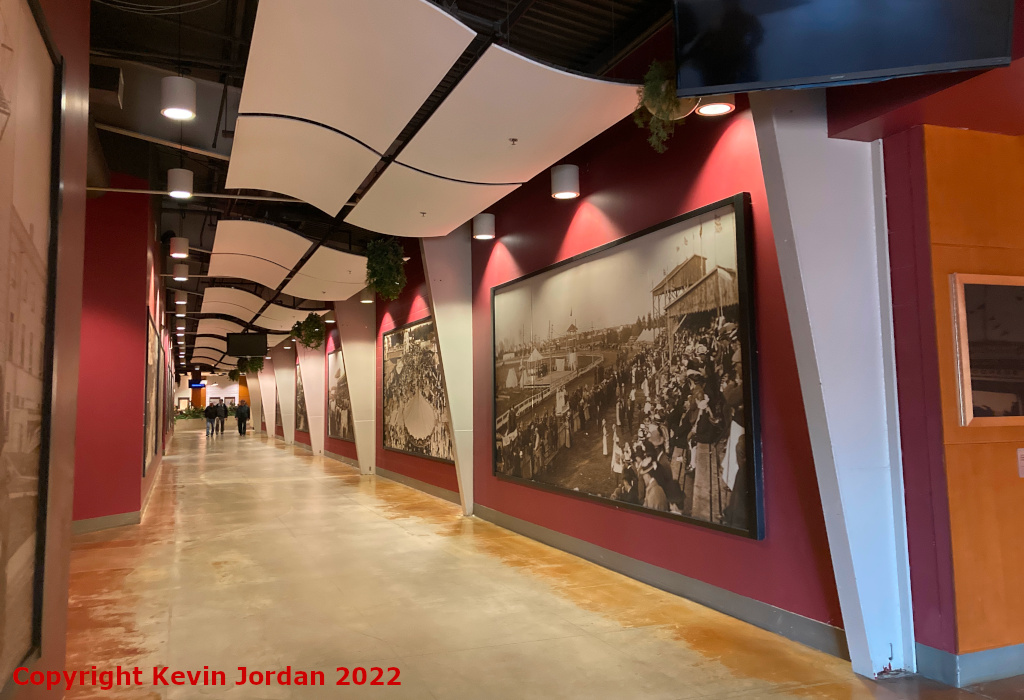 What's It Used for Today?
ManEx Arena was partially demolished in 2004 to facilitate the construction of the Canad Inns hotel on site. The arena's remaining exterior structure is currently home to the Great Western Roadhouse restaurant and the hotel’s bar.

Return to Westoba Place
Return to the Main Menu